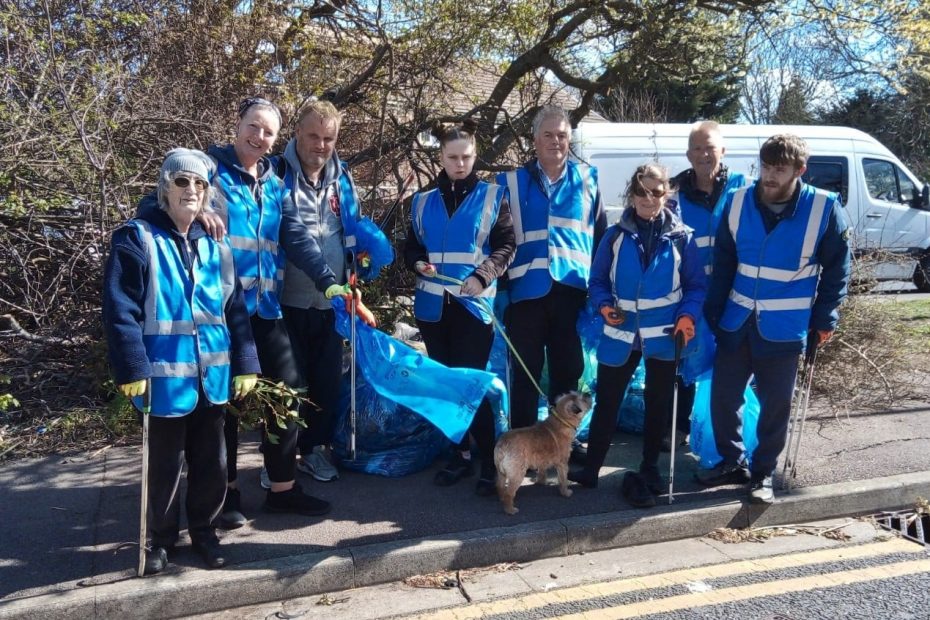 Over 17 days, around 40 members held 63 solo or group litter picking events. They painstakingly worked their way around 406 streets and collected the equivalent of 648 bags of rubbish (including several of recyclables).

Group leader Cathy Swift hailed it as “an amazing achievement”.

The operation was coordinated through a huge spreadsheet listing the 406 streets. Volunteers signed up for a block of streets, went out to litter pick them and then ticked them off on the spreadsheet.

New member Nuala Leonard Lanning earned widespread admiration for cleaning 40 streets single-handed. She said: “This was my first time volunteering. My late husband was the caretaker on our estate and I used to do his job for him quite often when he was ill, as I like the exercise and fresh air.

“The roads in some areas were quite bad for litter. Some people are litter bugs and will never change. For instance, I did Ruislip Road from the Lady Margaret Roundabout to the White Hart Roundabout and being a main road it was really bad. Walking the same route two days later I filled another bag with cans, paper etc. My most unusual find was a toilet seat.”

The Great Big Northolt Clean-Up was the follow-up to LAGER Can’s successful springtime event in 2021, the Great Big Southall Clean-Up. That amassed 543 sacks of rubbish, 60 bags of recyclables and the equivalent of 360 sacks of unbaggable waste, with 80 fly-tips reported.