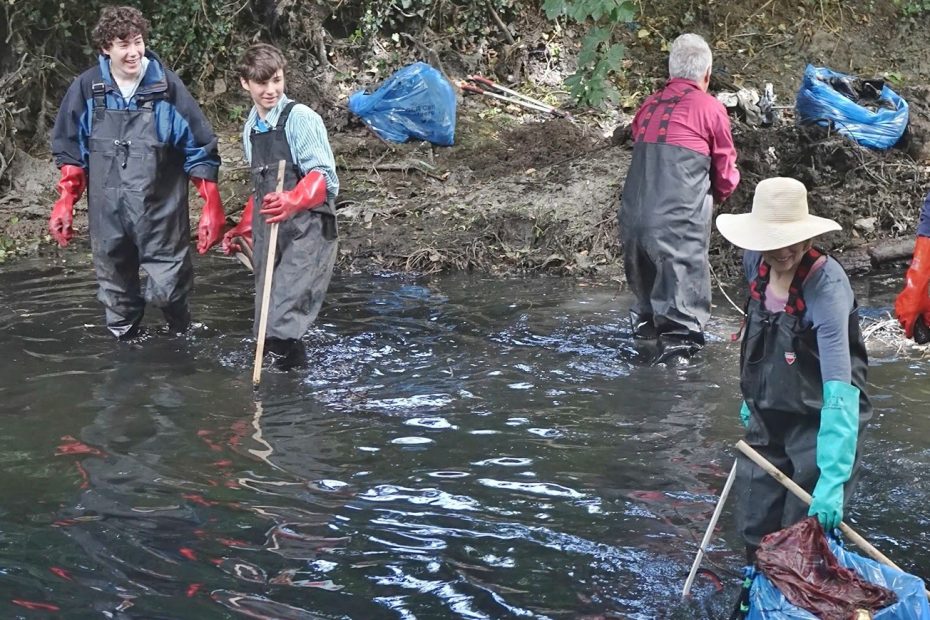 Fresh from the success of its tyre blitz on the river in Perivale, LAGER Can has returned to clean up another rubbish-strewn section of the Brent.

Supermarket trolleys, tarpaulins and yet more tyres were dragged from a stretch of river behind the Brentham Club near Pitshanger Park. Pulling on their waders were volunteers from LAGER Can and CURB – Clean Up The River Brent.

LAGER Can’s Cathy Swift said: “We’ve taken out three trolleys, a mattress, so much plastic you wouldn’t believe it. The whole river bed is covered in ancient plastic. But as usual we’re being very careful and we’re having loads of fun.”

The clean-up was LAGER Can’s latest river operation since being accredited as a Thames 21 River Action Group.

Over two days in March, volunteers waded into the Brent at Ealing Golf Club to recover litter and flotsam, filling 280 rubbish sacks. In May, 150 tyres were fished out of the river in Perivale in a two-tonne haul which also included 10 bikes, several shopping trolleys and enough rubbish to fill 55 sacks.